Garbage as far as the eye can see: At the beach Are Guling near the coastal village Kuta in Lombok the sand is covered with plastic. bild: watson

An Indonesian island drowns in plastic: Lombok’s fight against synthetics

The Indonesian island of Lombok is in a battle against plastic. Before Bali’s mass tourism spills over to neighbouring Lombok, the single-use plastic has to disappear. This is what the organization «Lombok Plastic Free» is fighting for. A report.

164 kilometers as the crow flies, east of the famous island Bali, lies the Indonesian island of Lombok. It is mid August and it is bare in Lombok. The island’s 3.5 million inhabitants find themselves in the middle of the dry season.

A gust of wind sweeps along the coast in the small village of Kuta on the southern coast of Lombok. It whirls sand and a transparent plastic bag through the air. Higher and higher it rises, disappearing behind the next hill – and finally finding foothold on the turquoise sea surface. Risman follows the zigzag of the sack with his eyes, sighs and buries his feet in the sand.

Many compare Lombok with Bali before its turn in fortune. The almost 4,800 square kilometer island is still regarded as an insider tip. bild: watson

«The plastic, it’s everywhere», says the 37-year-old Sasak, as the inhabitants of Lombok are called, with a sad shake of his head.

And indeed, the plastic can hardly be missed. At the roadside, the chickens peck around in carelessly discarded polystrene boxes. The sand on the beaches is peppered with colorful plastic tubes and ragged plastic bags.

The plastic is everywhere: carelessly thrown away or washed ashore by the sea. bild: watson

About two months ago, Risman decided to put an end to this. Together with a handful of friends and volunteers, he founded the organization «Lombok Plastic Free». Their goal was to pass a law banning disposable plastic from the entire island. «We must act now, before it’s too late», says Anton, co-initiator and media spokesman of the organization.

Too late – that is what happened on the neighbouring island of Bali. Every year, four million tourists travel to the island in the Indian Ocean. That is almost as many visitors as Bali has inhabitants. Tourism is by far the most important source of foreign money. But it also has its downsides. At the end of 2017, Bali’s government declared a waste emergency. The island was drowning in plastic. 100 tons of garbage had to be transported daily from Bali’s most popular beaches. As of June 2019, single-use plastic has been banned throughout the island.

«We don’t want that happening here. We have to fight for our island», warns Anton. He knows what he is talking about. Many compare Lombok with Bali before its turn in fortune. The almost 4,800 square kilometer island is still regarded as an insider tip. Tourism is in its infancy. But that will change soon. Large hotel complexes are being built along the south coast. The hotels attract tourists – and with them the garbage will come too.

A petition, launched by «Lombok Plastic Free», wants to counteract this early. «We need at least 100’000 signatures to get the government’s attention», explains Anton. But he also stresses that it needs more than just a ban on disposable plastic. «We have to start with schools and education. People’s behaviour must change», says the 27-year-old. Risman and Anton also denounce their own behaviour and that of their compatriots.

The garbage is washed up by the sea. It evokes the unending efforts of Sisyphus, the king of Corinth. The flood is like his summit. With it, the plastic rolls back to the beaches - and everything starts all over again.

«20 to 30 years ago we ate rice from banana leaves», Anton remembers. Afterwards, the banana leaves were just left on the beach. After all, it was organic packaging. When the plastic packaging came - and it came fast - people «just went on like that», says Anton. The difference is that today’s packaging takes decades to decompose.

Risman and Anton have a dream. They imagine a completely plastic-free Lombok. «We want tourism in Lombok to develop sustainably», says Risman. In the coastal town of Kuta, where the two live, they go from restaurant to restaurant and try to convince the owners to replace plastic straws with those made out of bamboo, steel or glass.

Their commitment has been well received: by locals as well as tourists and expats. «Lombok Plastic Free» has already organised two beach clean-ups. Cleaning up the most polluted beaches is attracting a lot of interest. Up to a hundred people have already combed through the sand and cleared it of plastic.

But Risman and Anton know the beach clean-ups are basically useless. The garbage is washed up by the sea. It evokes the unending efforts of Sisyphus, the king of Corinth. The flood is like his summit. With it, the plastic rolls back to the beaches - and everything starts all over again.

It will get worse in the rainy season. When the dried out riverbeds fill with water, the carelessly discarded garbage is washed into the oceans. Risman and Anton want to put up nets at the river mouths to keep all the plastic from polluting nature and harming animals.

They are doing what the government is supposed to do, but it is not ready to do yet. Indonesia, which is the second largest producer of waste in the world after China, is only slowly beginning to realize how big the problem really is. Lack of resources and corruption stand in the way. At least the local government in Lombok has launched a zero-waste program.

With videos and pictures, «Lombok Plastic Free» draws the attention of the social media to their concern.

But it will take years for the necessary infrastructure for waste separation and recycling to be in place. The local population will also have to learn a new way of using plastics. Household waste is still simply incinerated. If you drive through Kuta early in the morning, stinging clouds of smoke blow towards you. At the roadside the ignited plastic floats up and pollutes the air.

«We live in a third world country, it will take some time until it gets better», says Risman in a serious voice. While a handful of tourists enjoy the picturesque sunset on the beach of Kuta, he scurries between the crags. He picks out flattened beer cans and plastic cups between the pointed stones and puts them in a sack. Energetically he walks to the next waste bin and throws the garbage into its opening. Behind him, the flaming red sun throws a kitschy shimmer across the sky. He looks back, tightens his back and murmurs: «We can do this.» 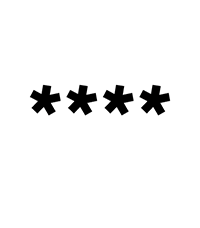